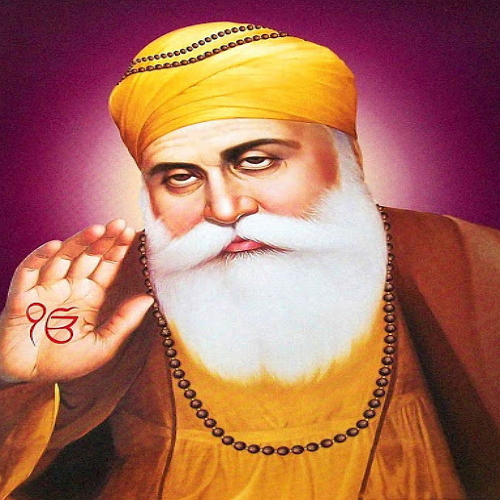 1 ) Simha or leo rises unaspected by orunassociated with any malefics or benefics. The lagna is vargottama and even in the navamsa, the lagna is unafflicted. This gives an exalted nature and a strong will, and renders the horoscope fortified.

2 ) The sun, lord of lagna, is in the 4th in association with mercury and mars and aspected by the moon and saturn. The sun’s position in a kendra, in the sign of yoga-karaka mars, is highly favourable as it confers a frank and noble spirit and diverse capabilities.

3) The moon-saturn association gives mental conflicts and a spirit of inquiry. Born in a kshatriya family to kalu and tripta , nanak appears to have been even in his childhood a mystic disposition and given much to contemplation—blessings mainly due to the moon’s disposition with saturn and the sun’s occupation of the secret sign of scorpio .

4 ) Lord of the 2nd mercury, the planet of intelligence, is involved in mercury aditya yoga with the lord of lagna in the 4th house, while the 2nd or house of speech is occupied by jupiter, lord of the 5th. These explain nanak’s deep and versatile learning and persuasive eloquence.

5 ) It will be seen that the 4th and 10th houses two important kendras are largely influenced by five planets all natural malefics, except the full moon. Out of these five, the sun happening to be lagna lord , saturn happening to be a kendradhipati and mars , a yogakaraka have become benefics by ownership.

6 ) The martial planet mars , the intellectual and emotional planet mercury, the royal planet the sun ( also atma-karaka) and the mental and the philosophical planets the moon and saturn all involved in influencing two of the most important houses of the horoscope , viz., the 4th indicating happiness and achievement and the 10th (Karma) or the house of action, filled the guru with those great spiritual ideas and intuitions which led him to found a great sect.

7 ) Rahu’s position in the 5th does not favour happiness from children, but it does confer a certain spiritual outlook and the spirit of renunciation and detachment.

8 ) The Moon happens to be mokshasthanadhipati and he occupies the 10th with saturn, the planet of renunciation.

9 ) In the navamsa, again, the divine planet jupiter with mokshakaraka ketu is in the 10th ( karmasthana) aspected by saturn. These are formidable combinations capable of conferring real spiritual attainments after intense mental struggle, a conviction that he was born for achieving something unique in the world by spreading the gospel of the fatherhood of god and the brotherhood of man and sweet resignation to the will of God.

10 ) Mark the fact that saturn is also lord of the 6th. His association with the moon indicates that nanak had to overcome considerable opposition from hostile relatives and co-religionists.

11 ) Nanak was put to school in his 7th or 8th yearwhen he was undergoing the moon’s dasa . The moon has favourable aspects from planets situated in the 4th house. Consistent with the lordship of the moon ( he owns the 12th or mokshasthana ) nanak often surprised his schoolmaster and parents by his queer acts and utterances, and occasional sallies of free thought.

12 ) His spiritual prepossessions and mystic brooding spirit became clearly visible in the course of the moon’s dasa. It was in the moon’s dasa, that he was put to various secular tasks by his parents, but he began to get more and more absorbed in religious practices.

13 ) Guru nanak’s marriage took place in mars dasa . Mark the fact that mars is aspected by saturn, lord of the 7th and is in the 2nd from kalatrakaraka venus . Under the same directional influences nanak was appointed in the service of daulat khan.

14 ) However, as rahu dasa advanced, he abandoned his service and became an ascetic for all practical purposes. Note the fact that rahu is in the constellation of venus lord of the 10th . Throughout jupiter dasa he wandered all over the country preaching his gospel of love and faith in god .

16) Consequently, during saturn’s dasa , nanak and his favourite disciple mardana were imprisoned by babar’s men. Subsequently, under the same dasa influences , nanak came in personal contact with babar and exercised considerable influence on the life and conduct of this emperor.

17 ) Towards the close of his life, the jupiter laying aside the garb of fakir settled down with his family at kharatpur and continued to teach the new faith to the large number of his followers.

18 ) In saturn’s dasa jupiter’s bhukti, he appointed one of his most sincere disciples as his spiritual heir ignoring his own son whom he thought unfit for the task and died at the fag end of jupiter bhukti. The major lord saturn owns the 7th, a maraka place, while the sub-lord jupiter as owning the 8th is in the 2nd another maraka place.

19 ) The horoscope is significant in as much as’ thepowerful rajayogas caused in the 4th house involving the 4th, 10th, 1st and 2nd houses found expression in spiritual channels, conferring on the native fame, influence and extraordinary greatness.

20 ) Owing to the glorified position of lagna and the sobering influence of saturn on lagna lord, in spite of all his greatness, he was simple and unassuming.

21 ) Five planets involved in mutual aspects and associations may be construed as some sort of a parivraja yoga .

22 ) Nanak’s faith was monotheistic. His life and doctrines did not expose him to persecution for he declared that all men had a right to search for knowledge of god.

23 ) The Sun is free from the effects of rahu and ketu . Hence the guru played a patriotic part by ably influencing babar and turning him into a kind ruler . 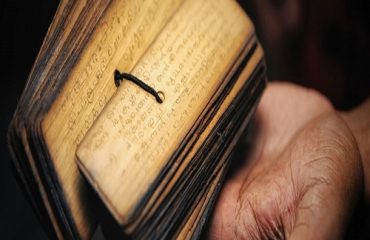 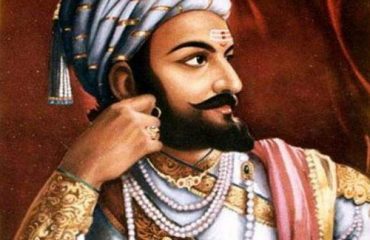 Horoscope Of Shivaji A Micro View