19 Principles Of Casting Horoscopes From The Signs On The Palm 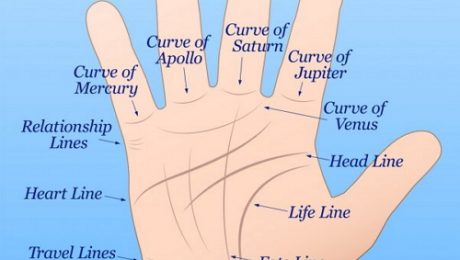 1. The planetary friendship and enmity with each other will have to be followed in palmistry as in indian astrology.

2. One should carefully study the inclinations fo the ridges of each mount in order to place the respective planet in the chart . the lines of the other hand wll denote the planetary conjunction aspect , interchange , retrogression etc.

4 . The lines of any planet located in the 7th house from previous sign to the sign in which the retrograde planet is posited meet and merge if the planets are friendly and cut across each other if inimical .

5. A planet is retrograde in a particular sign. Some other planet is posited within 30 degrees of the previous sign from the retrograde planet . Then the lines of both the planets meet and merge if the planets are friendly and cut across each if inimical .

6. The lines of any retrograde planet would be forked . The two arms of the fork would point respectively to the sign in which the planet is and the previous sign .

7. When a planet after retrogression becomes direct the forked line should still be in evidence till the said planet reaches the particular degree where retrogression originally started .

8. When a planet is transitting the alst degree of a sign the lines of such a planet penetrate slightly the second sign and also lean towards the 7th sign from the second .

9. When either the sun or the moon is in conjunction with a planet a depression on the mount of the planet is caused . This causes a white patch when a print of the hand is taken .

10. The lines of a planet posited in the 6th house from some other planet meet and merge if the planets are friendly and cut across each other if the planet are inimical.

11. If venus is posited in any of the adjacent signs from saturn the line of venus and the line of fate run close.

12. If venus and saturn are posited in the same sign the time of venus and the line of fate merge into one .

15. If venus is posited in any of the adjacent signs from the moon the line of venus would be marked by the formation of an island and the line would also be forked and broad .

16. If mars is in the previous sign to the sign in which saturn is the line of fate would have crossed at  the beginning .

17. If sun is either in conjunction with or in the previous sign of Saturn the line of fate would be faint or missing . 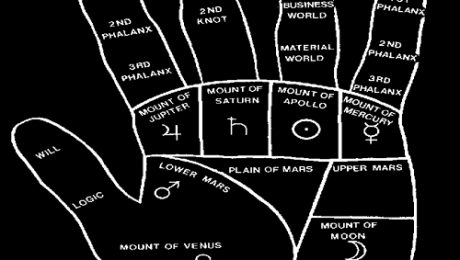 This method is critical and demands hard labour . It needs enough research yet. Count the upper lines found on the saturn mount at the root middle finger . remember that the lines counted should be clear spotless and touching the last phlanx of middle finger .

Now count in the same way the upper lines on the mount of jupiter and also count the lines of mars found on the spot of low mars . 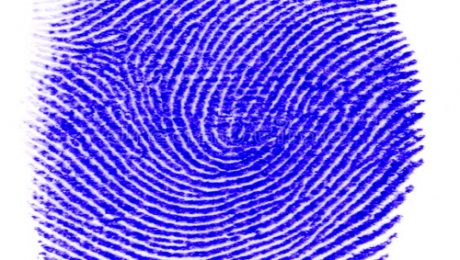 If a close up picture of a thumb is observed clarefully three lines are clearly visible ( peripheral on the bank o the lake under delta . These lines show ascendant on the thumb and degrees on the fingers . One line shows two & half degree . Suppose these three layers are detected on the finger of jupiter it should be conculeded but the person had jupiter in 2 ½ degree X 3 ( layers = 7 ½ degree at the time of birth . The degree of satrun sun and moon can be derived in the similar way . In the measurement of lagna (ascendant) these layers indicate the time of birth in minutes and seconds . For the person born in gemini ascendant this one layer indicates 2 /12 degree + 10 minutes time. Please refer table below it shows as the risisng ascendant as close to yava of thumb this rashi sign stands . The impressions imprinted on the thumb denotes setting ascendant as a rule .